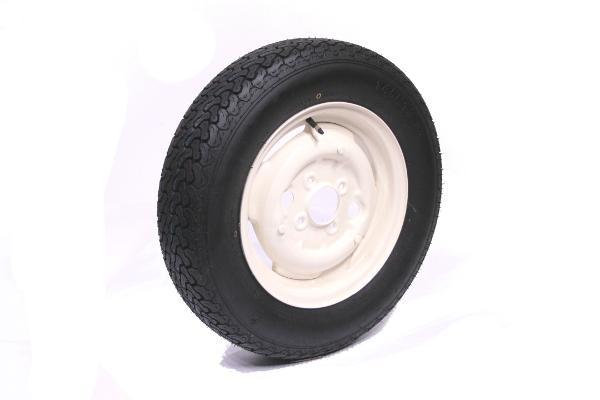 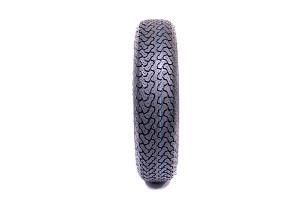 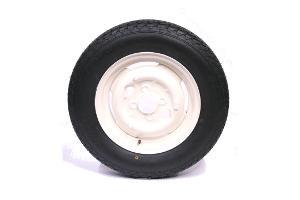 A superb 145 R 13 steel belted, period correct tread pattern, full diameter 80 profile tyre ( 145/80R13), built on new tyre moulds and tooling to the usual Blockley high standards. Perfect for MG Midgets and Sprites, Triumph Spitfire, Austin A30, Ford Anglia etc. These Blockleys are some £100 PER TYRE less than a Michelin XAS!  A set of these Blockley tyres is under £300 a set, inclusive of vat . . . yet these will be the best tyres you will have ever driven on, guaranteed.

Our 145R13 size is equivalent to a cross ply 5.20x13. For cars originally fitted with the cross ply 5.20x13 size, most customers today opt for the radial equivalent 145R13 size (also called 145/80R13) - because the cross ply tyres available today are so much lower in quality than they were in period. The result of this is that these cars now end up with smaller diameter radial tyres, compared to what they would have had.

As a consequence Blockley have produced this best handling steel belted 145R13 tyre on the absolute maximum diameter tolerance allowed for E marking, making the Blockley 145R13 size THE most correct equivalent tyre diameter you can get. And surprisingly, as soon as this fact became known, other tyre brands were suddenly listed on other sites with the Blockley diameter!!

Note that in period a full diameter (also called 80 profile) tyre did not have the "/80" listed in the tyre size, because all radial tyres were full size. It was only much later as lower profile tyres started to become more common that many tyres started having the full profile marked on the sidewall. So 145R13 would also be referred to as 145/80R13, which both mean the same thing. Our Blockley tyres are marked 145R13 on the sidewall because this is the authentic numbering as it would have been originally, on what is now a "Classic" car. Note that the 145R13 tyre size could also be referred to in period as 145-330 , a metric numbering system often quoted on mainland Europe.

These Blockley 145R13 tyres are E Marked and DOT marked (for use in the USA). As with all Blockley radials, drive normally for 30 miles or so, then use them as hard as you want for 1,000 or so miles, and if you are not convinced these Blockleys are the best tyres you've driven on, we'll have them back for a refund!  The low price for this Blockley 145R13 tyre is only because we sell our Blockleys direct to the end user, rather than through the usual Classic Tyre wholesalers.

Although this 145R13 tyre is produced as a tubeless type tyre, if being fitted to non tubeless type wheels we also have a thick Blockley 145x13 tube to suit, much more robust than anything you will have come across previously. And finally, when fitting, note that every single one of our Blockley tyres has been checked for balance and concentricity, and there is a small painted on yellow circle on the sidewall - if your fitter aligns this with the valve stem, this is the optimum position to fit the tyre. No other Classic car tyre has this feature . . .

Morris Marina and other BMC cars. 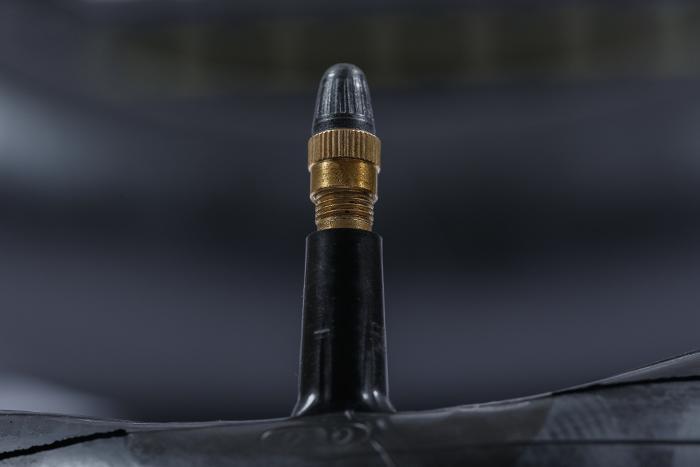